We had a full day in Tashkent. In the morning we visited the German Protestant Church, to get some insight into Christian life in Uzbekistan. From here we made it into the backstreets of Tashkent and on to the mausoleum of Abu Bakr Kaffal Shoshi and the nearby Khast Imom Square with the museum housing the 7th century Osman Quaran. We made it back to the bus with a short stop at the Hazroti Imom Friday Mosque.

The afternoon was on ourselves – together with some follow travelers I ended up using the metro and making our way to Tashkent’s TV tower.

We even managed to get to the viewing platform – however due to whatever reasons, literally had to leave anything (including cameras) behind … so no photos from on top. 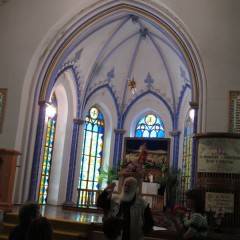 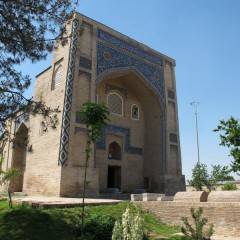 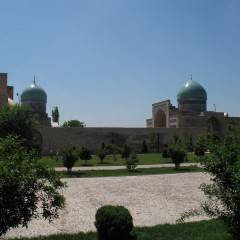 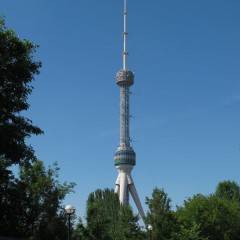 This day was yet another travel day. However – before leaving Samarkand, we visited the Bibi-Khanym Mosque (which I had already seen the day before), the nearby market and Ulugbek’s observatory. 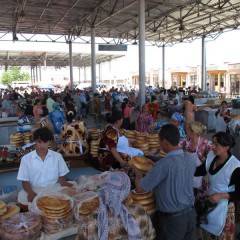 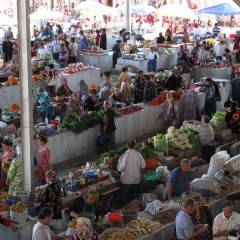 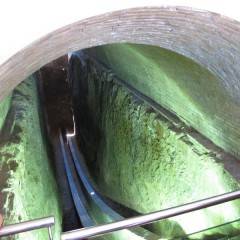 The plan for our second day in Samarkand had been to grab a car and make it to Shakrisabz – Timur’s hometown – and get to see the ruins up there. I decided to not join in for that excursion … Continue reading →

The wonders of Samarkand – one of the reasons for me to actually come into Central Asia … it is not possible with photos to fully capture the beauty of Samarkand’s sight … to fully appreciate, you have to physically … Continue reading →

We finally made it into Samarkand in the evening.

We had dinner in a former caravansary in the city center – during dinner we not only enjoyed the nice food, but also – yet another – performance of traditional Uzbek music and dancing. 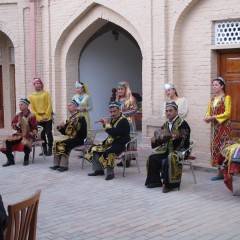 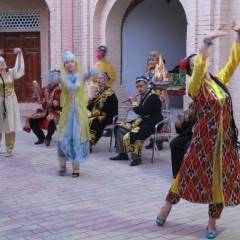 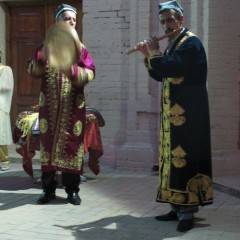 We now continued to Samarkand – another 260 km on the road.

On the way we stopped to see the remains of an old caravansary – Rabat Malik – and those of a domed cistern (conveniently just on the other side of the street). 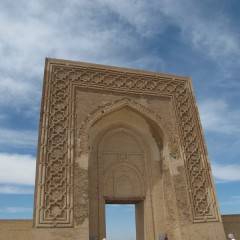 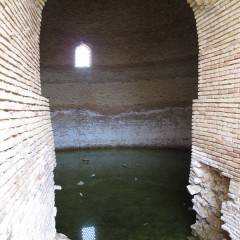 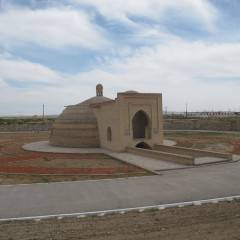 We had another half day in Bukhara, before hitting the road for Samarkand. We spent that day with further sightseeing – starting with a visit of the Juma (Friday) Mosque. From here we continued to the Spring of Job and the mausoleum of Ismail Samani.

Another attraction was waiting for the more brave members of the group – a small amusement park (clearly Soviet style) with a Ferris wheel – of course I had to go for a ride – to get a view from above. 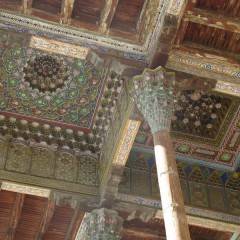 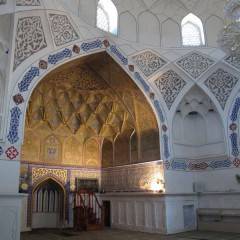 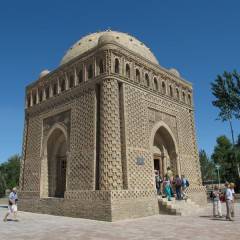 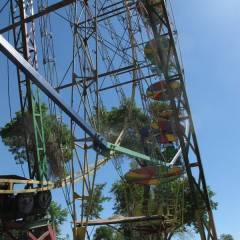 Today we went for a detailed walking tour through Bukhara. First stop was literally around the corner at the Kalon Mosque with its minaret and the Mir-i-Arab Medressa on the other side of the square. While the Mir-i-Arab medressa is … Continue reading →

We finally made it into Bukhara after a looooooong driving day through the desert. The trip took more time than anticipated – due to bad road conditions and our over-cautious bus drivers (who were very concerned about their new bus … Continue reading →

A long driving day was ahead of us … all the way from Khiva to Bukhara – a mere 460 km on bad roads through the desert … with a picnic lunch stop somewhere on the way. 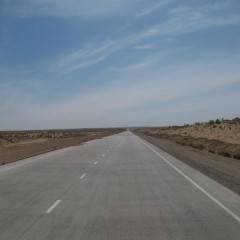 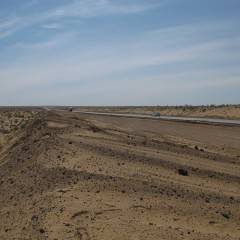 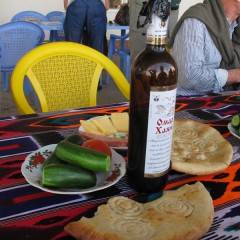 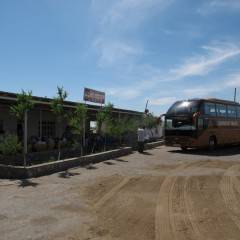 Pick a Trip or World Region